We specialise in all things family law

My name is Nardine, and I am Collier Family Law’s founder and Lawyer. 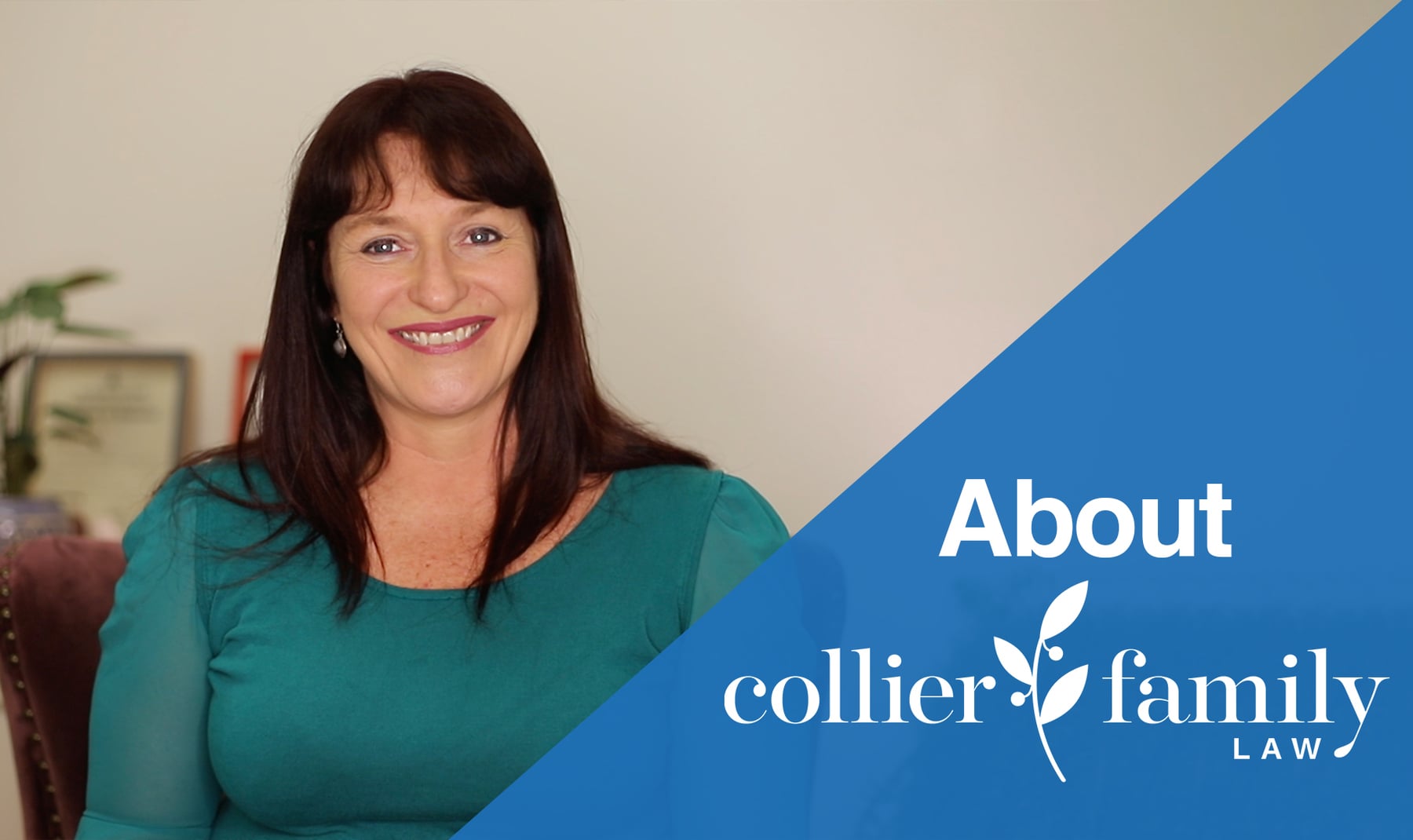 I not only have over 25+ years of Family Law experience and knowledge, but can truly empathise with the emotional and financial stress you are under – having been through two separations myself.

My team’s mindset is to get your case done quickly and affordably as possible – trying our best to keep your issue out of costly court proceedings. We are here to save you time, money and sanity.

Schedule your FREE 15 minute, no obligation chat so we can discuss your family law matter, and give you some guidance on what is involved and expected costs.

Separation & Divorce: Recently separated and unsure of what happens next? Looking to have your divorce arranged so you can move forward with your life? Perhaps you just need some guidance on what to do before you make any decisions? We can help. FIND OUT MORE

DIY Divorce: Are you looking to represent yourself to save money, but need a little guidance? Our affordable ‘Lawyer Assisted’ program offers you the help you need to effectively represent yourself (and we can do this from anywhere in Australia). FIND OUT MORE

Division of assets:  If you’ve had a relationship breakdown or just need to organise a division of finances or assets, we can assist. We handle Property Settlements, Financial Settlements (including Superannuation splits) and Consent Orders. FIND OUT MORE

Mediation: Mediation offers a way which you and the other person in the dispute, can talk to each other in a structured environment, with a trained mediator helping you to discuss your issues. Mediation can help keep your matter out of court, saving you time and costs. FIND OUT MORE

Arbitration: Arbitration is a voluntary process whereby the parties agree that the chosen Arbitrator will decide their property case (or part of it) instead of going to court, and give them a written Judgement (an “award”). The parties agree on the process, the timetable and what information is to be provided.  FIND OUT MORE

E-Consulting: You can now receive legal advice and assistance from your own home, anytime.

Email us your query and we will get back in touch with you within 24 hours with our estimate on fees to answer your query. FIND OUT MORE

Advice: We have several blogs and videos discussing many different topics. Should you need more advice, don’t hesitate to contact our friendly team.. FIND OUT MORE

Meet Our Team: Introducing our team who will help you with your needs during this stressful time. FIND OUT MORE

Need help in the post-separation world?

I’ve written this very special book with lots of tips and hints to help you, and it’s all yours for free. The book covers: “Nardine and the team at Collier Family Law were a dream to work with. They assisted me through quite a trying time with absolute professionalism and I highly recommend their services.”

“Highly recommend Collier Family Law as value for money. Their willingness to advise & communicate on important issues, on occasion outside of normal hours, was greatly appreciated as was their personal touch. Thank You to all those involved for both my Family and recent Conveyancing work undertaken.”

Our Blogs and Videos

Here are some helpful blogs and videos where we answer the most common but tricky questions about family law. 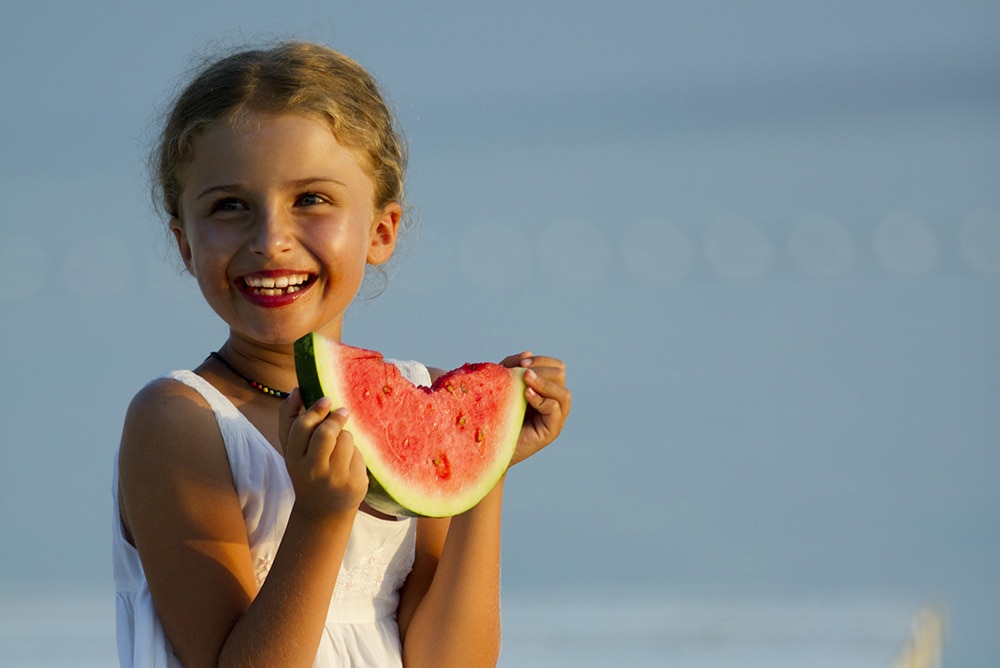 But the kids don’t want to go…. 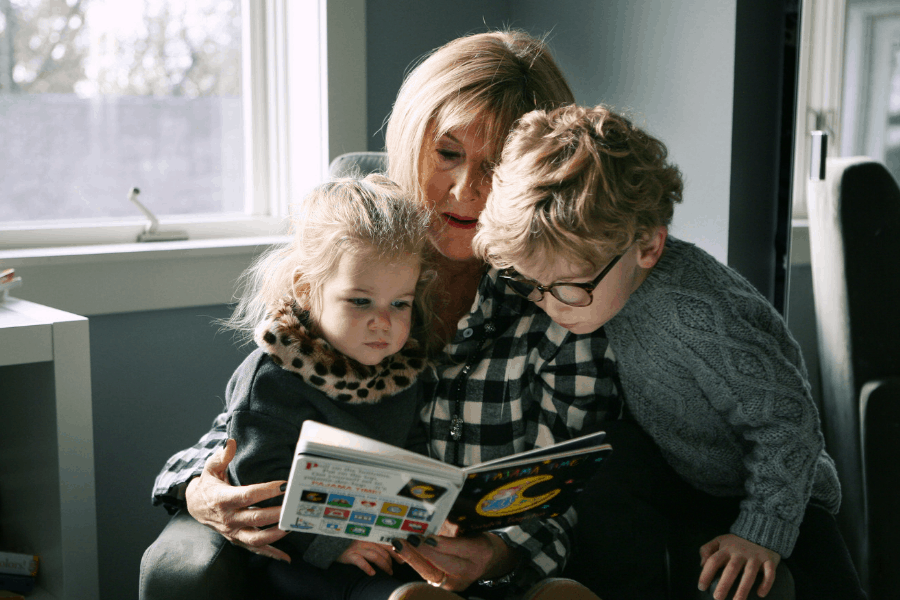 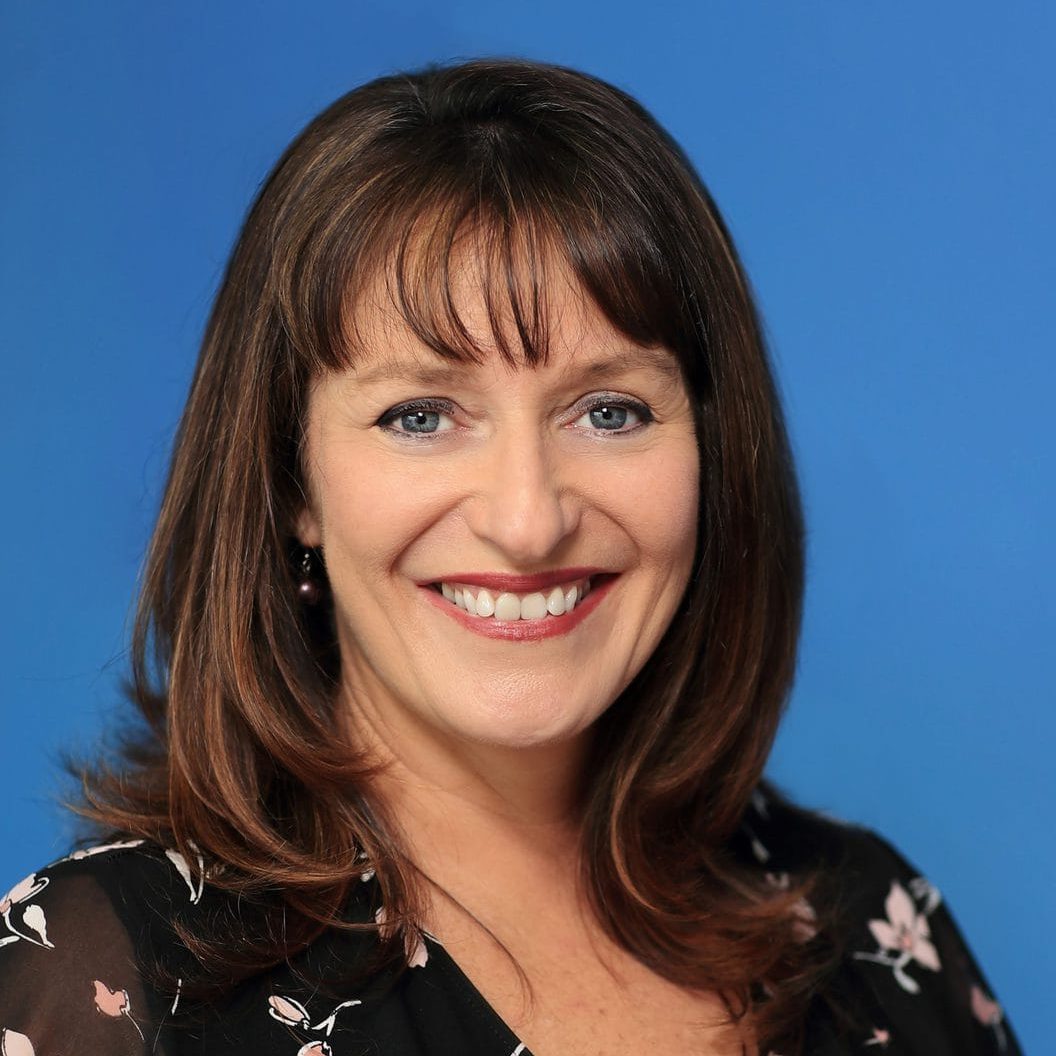 So what do you do, if you have an agreement/court order which says the children will spend time with the other parent, and they just DO NOT want to go?

I have had many a parent tell me that “the kids don’t want to go”.  It ranges from kids saying they don’t want to go and then being fine about it once they have actually gone, to the other end of the scale where children are crying hysterically, simply refusing to get into the car/ get on the plane/get on the phone… Then of course there are the teenagers who just look at Mum/Dad and say “whatever, you can’t make me”.  And of course, they are right.

Then there is the other side of the story and the parent who is told “the kids don’t want to come” and who has a hard time accepting this to be true.

Children love both parents. They will pick up on one parent’s reluctance for them to see the other parent if it exists.  If you are the ‘lives with’ parent then you have an obligation to encourage the children’s relationship with the other parent. You actually have to be REALLY encouraging, like you would be if they had to go to the dentist  – you’d be trying (desperately) to make it OK for them.

The other thing that might help a parent struggling with feeling as if they are forcing their kids to see the other parent, is to know that just like daycare or school, once they are there, they probably are OK and might just even enjoy themselves! Of course, they are not going to tell you that, if they sense  –  or know – you don’t want to hear it!

If your child says ” But I don’t want to go”  – by all means ask why. But please try to do so in a way that isn’t critical of the other parent. For example ” Why is that? You had a great time last week” rather than ” Well I’m not surprised you don’t want to go when all your (other parent) does is sit on the couch..”

If your child is willing to tell you, just take a moment to process what they say. Are they possibly exaggerating a bit? Can you see that maybe there was a misunderstanding that has caused the problem? Maybe it really isn’t a good reason at all? You might be able to deal with it by saying that they should still go and you will sort it out with (other parent).

If at all possible encourage your child to go. If there is a genuine problem it would be good to raise that with the other parent in a non-critical non-confrontational way ( easier said than done); perhaps waiting until after your child has returned back to your care if it can wait.

If you feel your child is genuinely at risk and should not attend you must let the other parent know why, and see what can be done to resolve it.

You wouldn’t be human if you didn’t feel an inkling of satisfaction when your child indicates they prefer your company to the other parent but do try to imagine how it would feel if it was the other way around. I am sure you would be expecting the other parent to be doing what they can to ensure agreed arrangements or court orders are followed.

Sometimes it is hard for parents to accept that what one parent is saying ( about why a child doesn’t want to go to the other parent) is genuine.  The other parent will want to question the child to get to the truth. This has great potential to cause distress to the child and in my view, should not be done by parents. A much better outcome would be to look at expert assistance by way of a Child-Inclusive mediation. This is a process whereby the child talks to a counsellor ( not with the parents in the room) and the counsellor relays back to the parents what the child has said, with the parents them reflecting on this in a mediation. 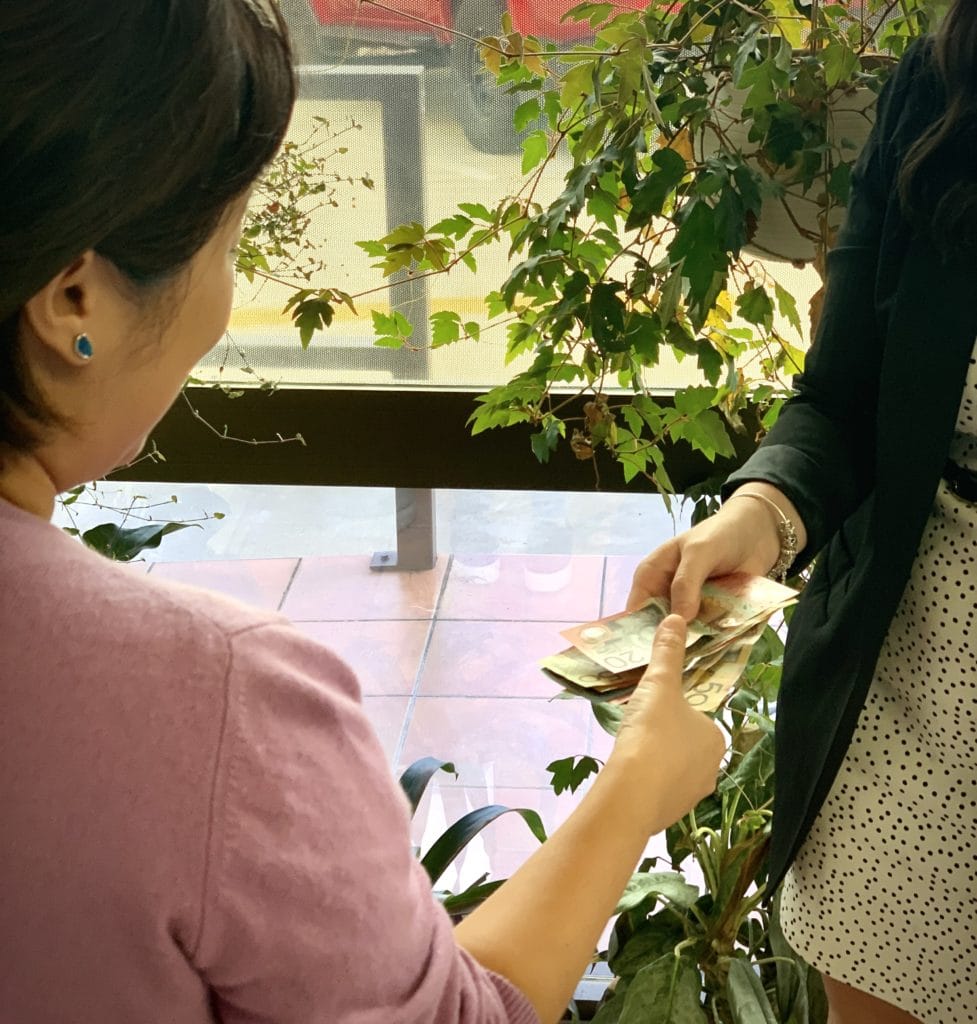 Selling a home after separation: How do I get the best price?

Selling the family home following a separation is often a reality. Like any sale, you want to maximise your sale price. 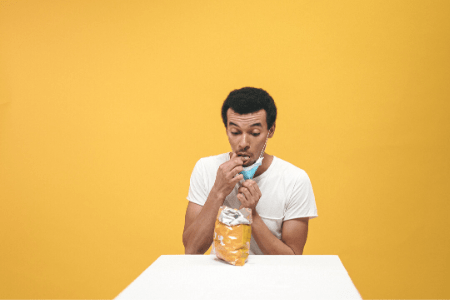 Corona- Will we all end up separated?

I read an interesting article last week, entitled: ‘When Coronavirus lockdowns ended in cities across China last month, there was one thing a lot of people couldn’t wait to do: get divorced.’ 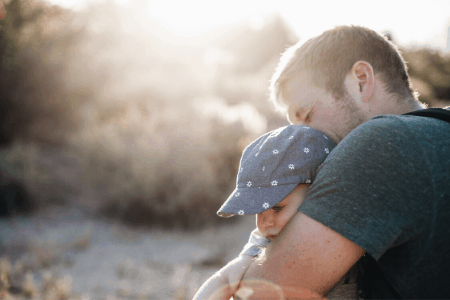 Parenting in a Pandemic

In times of crisis, parents have to work together like never before. I say it all the time, co-parenting after separation is very hard, but..

Who gets the kids if there is a lockdown?

COVID-19 and Family Law – what happens with the kids if there is a lockdown? 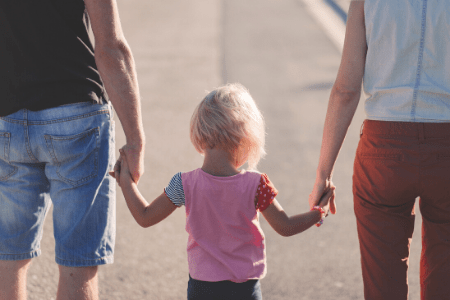 WHAT IS EQUAL SHARED PARENTAL RESPONSIBILITY?

“Consult with” is not defined in the Family Law Act but it has its normal meaning – “Speak to about” But what happens when the other parent is someone who doesn’t respond in a timely manner – or at all? 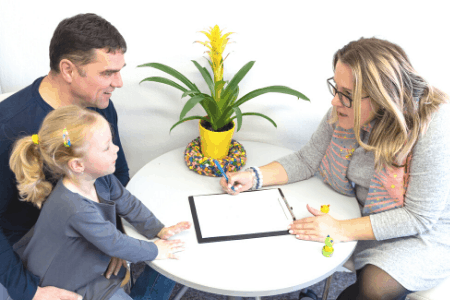 FAMILY TIES: How to have a happy family – even after separation!

Even though the family unit is no longer, it is still possible to have a happy ‘family’ after separation (it might even be a happier one!). The key to a happy family, after separation- is good CO-PARENTING. I also think these tips apply to any family because as any parent/carer reading this article knows, it’s hard enough to parent at times, separated or not. 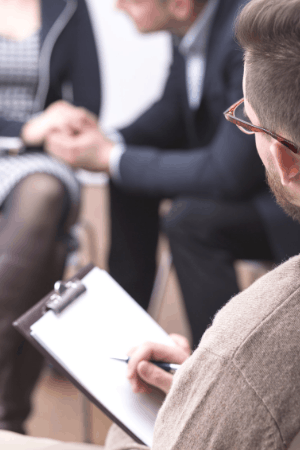 What happens if I refuse to attend Mediation?

Before a person can make an application in the court for orders about children, there has to have been an attempt to resolve the dispute, by attending an FDR process (a mediation).

How Not to Communicate Through Separation

#Separation can often bring out the worst in people and you may end up saying something that will come back to bite you. There are certain things that shouldn’t be said during this fragile time whether it be to family, friends or the public. 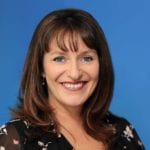 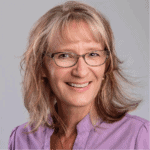 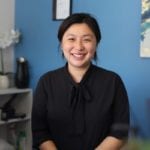